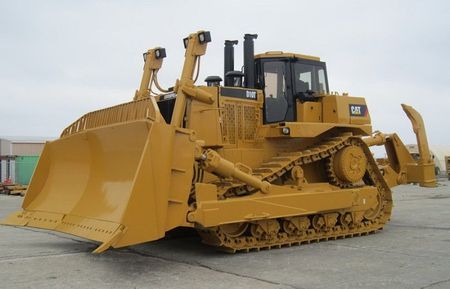 Armadillo Tractor is built on a foundation of innovation in advanced road construction machines, excavators, loader/backhoes, skid steer loader and compact track loader services that not only deliver great performance and efficiency, but also meet the identified needs for the projects we but our strength into. 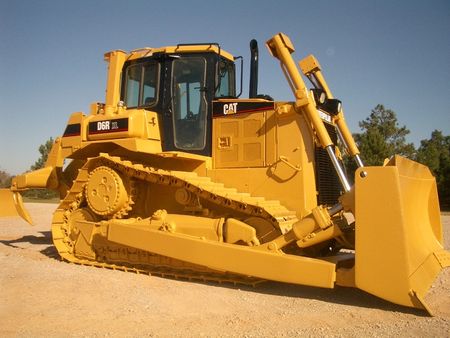 What is a Crawler Dozer?

A bulldozer is a crawler (continuous tracked tractor) equipped with a substantial metal plate (known as a blade) used to push large quantities of soil, sand, rubble, or other such material during construction or conversion work and typically equipped at the rear with a claw-like device (known as a ripper) to loosen densely compacted materials.

Bulldozers can be found on a wide range of sites, mines and quarries, military bases, heavy industry factories, engineering projects and farms.

The term "bulldozer" correctly refers only to a tractor (usually tracked) fitted with a dozer blade.

Because of these attributes, bulldozers are often used in road building, construction, mining, forestry, land clearing, infrastructure development, and any other projects requiring highly mobile, powerful, and stable earth-moving equipment.

Another type of bulldozer is the wheeled bulldozer, which generally has four wheels driven by a 4-wheel-drive system and has a hydraulic, articulated steering system. The blade is mounted forward of the articulation joint, and is hydraulically actuated.

The bulldozer's primary tools are the blade and the ripper.

The word "bulldozer" is sometimes used inaccurately for other similar construction vehicles such as a large front loader.

The bulldozer blade is a heavy metal plate on the front of the tractor, used to push objects, and shove sand, soil, debris, and sometimes snow. Dozer blades usually come in three varieties:

Blades can be fitted straight across the frame, or at an angle, sometimes using additional 'tilt cylinders' to vary the angle while moving. The bottom edge of the blade can be sharpened, e.g. to cut tree stumps.

Sometimes a bulldozer is used to push another piece of earth moving equipment known as a "scraper". The towed Fresno Scraper, invented in 1883 by James Porteous, was the first design to enable this to be done economically, removing the soil from the cut and depositing it elsewhere on shallow ground (fill). Many dozer blades have a reinforced center section with this purpose in mind, and are called "bull blades".

In military use, dozer blades are fixed on combat engineering vehicles and can optionally be fitted on other vehicles, such as artillery tractors such as the Type 73 or M8 Tractor. Dozer blades can also be mounted on main battle tanks, where it can be used to clear antitank obstacles, mines, and dig improvised shelters. Combat applications for dozer blades include clearing battlefield obstacles and preparing fire positions.

The ripper is the long claw-like device on the back of the bulldozer. Rippers can come as a single (single shank/giant ripper) or in groups of two or more (multi shank rippers). Usually, a single shank is preferred for heavy ripping. The ripper shank is fitted with a replaceable tungsten steel alloy tip, referred to as a 'boot'. Ripping rock breaks the ground surface rock or pavement into small rubble easy to handle and transport, which can then be removed so grading can take place. With agricultural ripping, a farmer breaks up rocky or very hard earth (such as podzol hardpan), which is otherwise unploughable, in order to farm it. For example, much of the best land in the California wine country consists of old lava flows. The grower shatters the lava with heavy bulldozers so surface crops or trees can be planted. Some bulldozers are equipped with a less common rear attachment referred to as a stumpbuster, which is a single spike that protrudes horizontally and can be raised to get it (mostly) out of the way. A stumpbuster is used to split a tree stump. A bulldozer with a stumpbuster is used for landclearing operations, and is often equipped with a brush-rake blade.